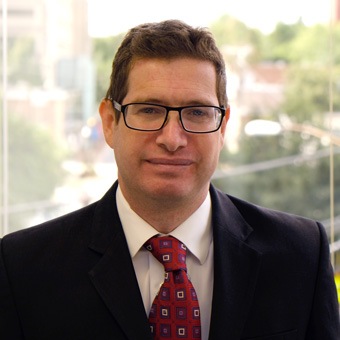 Justin Sadowsky has broad litigation and appellate experience. He has handled cases in state and federal courts, administrative agencies, and before arbitrators throughout the country. He also has drafted appellate briefs before a wide range of State Supreme Courts and federal Courts of Appeal, as well as the United States Supreme Court.

Before joining the Pels Law Firm, Justin had worked as a litigation and appellate lawyer with a major global firm, where he played substantial roles in trial and litigation teams in major antitrust, public international, and bankruptcy cases. He also drafted a successful appellate brief on behalf of High Tech Corporation in the landmark Federal Circuit case Kyocera v. ITC and developed the legal analysis that became the basis for the successful petition for certiorari in the landmark Supreme Court arbitration case Stolt-Nielsen v. Animalfeeds. Justin also worked at a large East Cost firm where he litigated disputes in trial and appellate courts on a diverse range of issues, including patent law, insurance coverage, sovereign immunity, public pension reform, business corporations, employment law, and maritime law.

Before starting his practice, Justin graduated from Columbia Law School as a James Kent Scholar and clerked for the Honorable Daniel M. Friedman of the United State Court of Appeals for the Federal Circuit.

Justin is licensed to practice in Washington D.C., Virginia, the U.S. Court of Appeals for the Federal Circuit, and the U.S. Supreme Court.

<< Back to About Us page